The Indonesian Unicorn Startups of 2020

In 2020, there is a total of 6 Indonesian startups that become unicorn startups. Unicorn is given to startups that succeed in reaching a valuation of above 1 billion US dollars or equal to 14,1 trillion rupiahs.

What are they? Let’s take a look at the six Indonesian unicorn startups of 2020 below:

Gojek is a ride hailing mobile app. Nadiem and the other founders start Gojek in 2010. A decade later, the Gojek app has grown into a super app with various services available, such as ojek online, online taxi, Gofood (food delivery), Goshop, Gopay, and many more.

Tokopedia founded by the duo William Tanuwijaya and Leontinus Alpha Edison. Together, they start the Tokopedia in 2009 and it has rapidly grown until today. Tokopedia is the biggest startup eCommerce in Indonesia and it managed to become a unicorn in 2017.

Tokopedia even managed to win various fundraising programs. Foreign investors are injecting their capitals into Indonesia through Tokopedia. Tokopedia is now succeeded to go to IPO and announced that in 2019 their Gross Merchandise Value (GMV) has reached 222 trillion rupiahs.

The tourism industry is the backbone for the success of Traveloka Indonesia. This startup founded by Ferry Unardi, Albert Zhang, and Derianto Kusuma in 2012. Traveloka focuses on hotel and travel reservations, and therefore, it managed to become the first travel startup that becomes the unicorn startup in South-East Asia.

Traveloka becomes a unicorn startup in 2017, together with its success in raising investment from Expedia, and is strengthen Traveloka as the leader in the travel industry. Just like the other big startup, Traveloka’s success also attracts investors.

The total investment raised by Traveloka estimated to reach 500 million US dollars or equal to 6,6 trillion rupiahs. A list of world-known investors such as East Ventures, Hillhouse Capital Group, JD.com, and Sequoia Capital has known to invest some funds in Traveloka.

Bukalapak is the second eCommerce after Tokopedia that becomes a unicorn startup. Bukalapak founded by Achmad Zaky, Nugroho Herucahyono and Fajrin Rasyid in 2010 and is success in competing with other giant e-commerce at that time.

In 2017, Bukalapak has managed to become a unicorn startup. They also revealed their valuation at that time that reaches 1 billion US dollars.

Bukalapak’s largest stake is the EMTEK conglomerate with a 49.21% stake. A decade after Bukalapak was founded, they record an amazing milestone where 5 million sellers and three million partners are joined to Bukalapak. Their number of visitors also reaches 420 million visitors in a month.

OVO becomes a unicorn startup in 2019 and is the fifth Indonesian startup that becomes a unicorn. The former Indonesian Minister of Communication of Indonesia, Rudiantara himself announced OVO as the unicorn. OVO is a mobile application for electronic wallets (e-wallet) and is founded by Lippo Group.

In early 2020, JD.id announced that the company’s valuation had reached 1 billion US dollars, which means strengthening JD.id as an Indonesian startup that has the right to hold the title of a unicorn. JDid is the sixth Indonesian unicorn startup.

JD.id has been operating since 2015 with the tagline ‘Dijamin Ori’. JDid is e-commerce as a result of a collaboration between JD.com (China) and Private equity Provident Capital. Now, there are three startups in e-commerce in the unicorn lineup, each trying to win the market with their own strategy.

Those are the six Indonesian startups that succeed to become unicorn startups. Do you aspire to build a startup and be the next unicorn startup in Indonesia? Well, to reach this dream, you cannot do it alone. You must create strategies and build a networking system, as well as strengthening startups with technology.

If you need help in digital business, you can ask help from a reliable IT consulting firm to help you seek out the solution. The good news is, there are a lot of IT consulting firms in Indonesia that are ready to become your partner, such as AsiaQuest Indonesia.

AsiaQuest Indonesia has years of experience in website and web system development, system consulting, web consulting, e-commerce consulting, digital marketing, etc. Now, we are exploring other services such as IoT and Cloud. 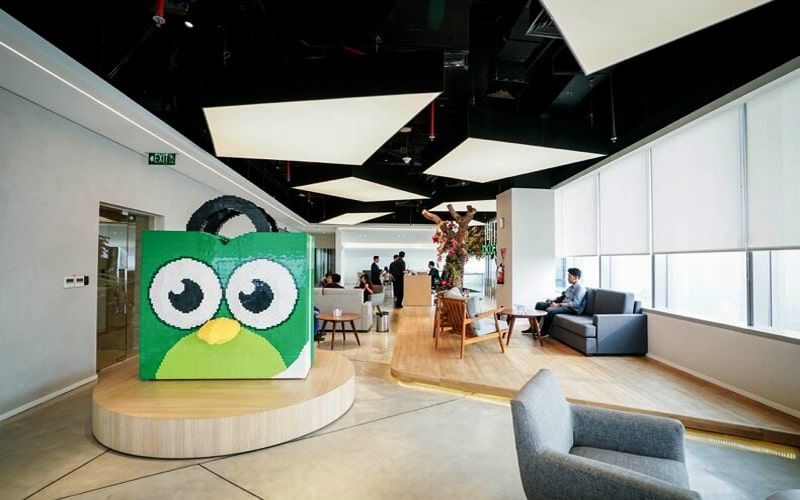