Career as a UI Designer

In a software development project (web/web system development, mobile application), we need the role of a UI designer. Without the UI designer, it is impossible to create high-quality visualizations.

To let you understand the role and responsibilities of a UI designer, we will share our interview with one of the UI designers in AsiaQuest, Ardhian Dwi Putra.

“UI designer is a designer (graphic) who has the ability to create an interactive design that will make it easier for the users to access a website. It is closely related to the appearance of the website and other supporting elements. It can be said that a UI designer’s role is to design the interface of a website to be easy to understand,” answer him.

Based on his explanation, the UI designer has a specific task, it is to design the interface of a website based on certain rules to make the website easy to understand by general people.

Ardhian san told us that he started his career as a graphic designer in an agency in Jakarta. Not long after, he challenged himself by signing up for a UI designer position back in 2013. In early 2015, Ardhian san joined the AQI Jogja team and started to design many interfaces on most of the company’s projects. Seven years working as a UI designer and graphic designer must give him a lot of experience.

What are the Hard skills and Soft skills to become UI designers?

A UI designer must master several hard skills to support his/her work. It is impossible to produce a high-quality interface design without some set of skills.

“For hard skills, at least we must familiarize ourselves with Adobe XD/Figma/sketch. Besides that, we must know how to do prototyping in Adobe XD  or inVisionApp. A UI designer must understand the methods and theories that support the User Interface such as color, typography, grid, and so on,” explained him.

In addition to hard skills, a UI designer should possess some soft skills. Moreover, when working with other people as a team of professionals, soft skills are necessary. Especially for the UI designer, Ardhian san mentioned that there are several soft skills that must be possessed.

“For soft skills, we as Ui designer must have good communication skills, especially with frontend division. The workflow after the design is front-end coding, so we must build good communication skills with the front-end developers. We must also set aside the private ego by thinking that our design is the best. Thinking out of the box is sometimes necessary especially when the client asks for a unique design and unusual hehe,” said Ardhian san.

The UI Designers’ Task in a Software Development Project

In software design, we need the UI designers to create good user interfaces for the web/web system so that the users understand the website.

The role and tasks of the UI designer are mentioned in the passage below:

It can be said that the role of a UI designer is vital, that’s why we suggest you to never mistreat your designer at the office, but challenge them with out of the box ideas is acceptable.

The Good and the Bad of Being a UI designer?

We know that complex design will be challenging for the front-end team. But, aside from that, Ardhian san revealed some of the bad or difficulties when designing the website interface, such as

“Every work must have easy and difficult parts. In UI design, the hard things are to (1) balance the UI with the UX (User Experience) that sometimes it can’t go both ways, (2) create design and prototype in a very short timing because the deadline from clients is very tight, (3) to find solution when the bad mood strikes,” said Ardhian san.

Any Tips for Everyone Who Wishes to be a Professional UI Designer?

Ardhian san shares his tips for everyone who wishes to pursue a professional career as a UI designer below.

“First, you need to look for references from dribble, Behance, Pinterest, look as much as you can. (2) you shall learn and update to the latest design trend, or at least know it (you can’t act as you know it all, but applying trend design 2003 to 2020 hehe). (3) see the tutorial on YouTube especially related to tips creating a website using SD/Figma/sketch,” said him.

So, after reading this, are you interested in becoming a designer? 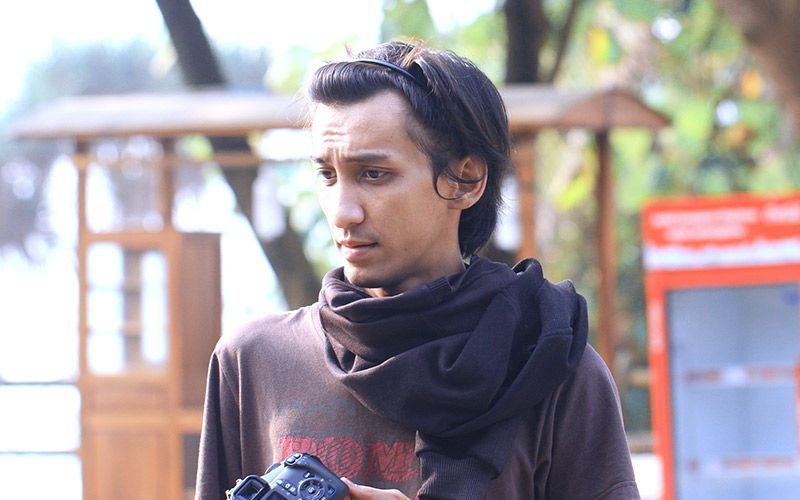