The History of Touchscreen

A decade ago, Apple introduce its first touchscreen phone to the world. And after that, touchscreen becomes popular and adopted in various objects other than mobile phones which it was first known to be used.

The touchscreen is a type of screen that is sensitive to human touch or special devices called a stylus. Today, the touchscreen is used in almost every electronic such as the ATM, GPS, medical monitors, console games, computer, phone, and many others.

Touchscreen from Time to Time

As quoted from cnnindonesia.com, the touchscreen is said to have existed since half a century ago. Its first developer is Eric Arthur Johnson, an engineer at the Royal Radar Establishment, Malvern, England.

At that time, Johnson has the opportunity to develop touchscreen technology for use in air traffic control. The touchscreen developed by Johnson is a device with a wire that is sensitive to the touch of fingertips and is located in front of a cathode ray tube where information can be typed via a computer.

Johnson succeeded in patenting these findings in 1969. Then in 1972, Bent Stumpe, a Danish engineer working at CERN developed a touchscreen-equipped with programmable buttons and a ball console for pointing (mouse).

The touchscreen developed by Stumpe includes a capacitive touchscreen, it is sensitive to electrical stimuli. The touch of a fingertip on the screen changes the dielectric of the capacitor and results in a change in capacitance.

The change in capacitance is then compared to the untouched area of ​​the screen so that it can pinpoint the change. The information is then used to perform the desired operation.

In 1972, the University of Illinois developed the 4th generation of PLATO (Programmed Logic for Automated Teaching Operations). This technology combines memory and graphic bitmaps using a Blitzer plasma screen. This technology allows users to form lines on the screen.

The PLATO technology also complements the touch panel with 16×16 infrared which allows the user to touch any part of the screen.

Then, in 1982, the University of Toronto in Canada developed a tablet with multitouch technology that could read multiple contacts.

In 1984, Bell Labs developed a device with a touchscreen that could change images with more than one hand.

In the same year, Myron W Krueger, a computer expert in the US, succeeded in developing an optical system capable of tracking hand movements.

In 1985, Bill Buxton, a human-computer interaction pioneer, together with the University of Toronto, created a multi-touch tablet.

In 1990, computer scientist Andrew Sears conducted a study on the interaction between humans and computers. The study studies one-touch gestures, such as rotating knobs, swipe to activate, and multi-touch gestures such as connecting objects and tapping to select.

Touchscreen technology for the next few decades continues to be developed with the latest innovations. Now the touchscreen is more sophisticated and more sensitive in accepting touch and movement. 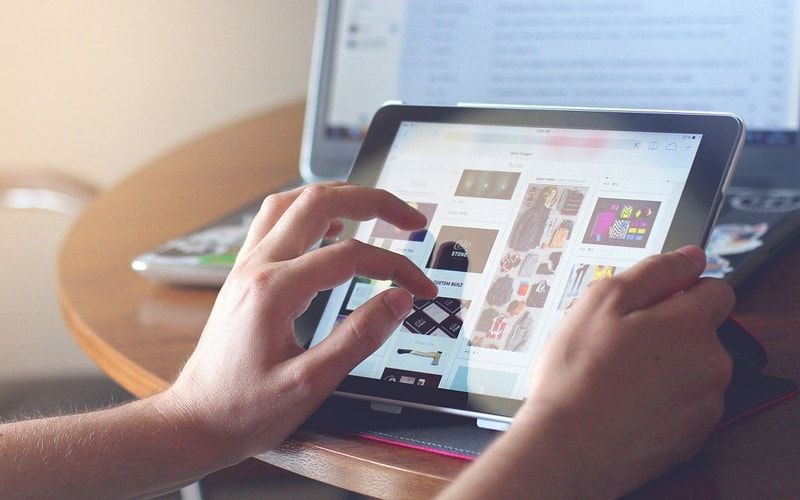