The 4 Ways to Wisely Use the…

The film “Tilik” which was released in 2018 has rocked the Indonesian gossiping community. Until now, this short film set in Yogyakarta has managed to get more than 10 million viewers on YouTube. Bu Tejo’s gossipy words (Ghibah) suddenly viral as it claimed to be closely related to the life of Indonesian society.

In particular, from the perspective of others where it picturing the Indonesian public’s preference for interfering in other people’s affairs. Although from the beginning, we had to be pissed off by Bu Tejo’s babbling, the film shares a plot twist at the end of the story. The end of the story had to give the audience a slapped with a surprising plot twist.

Tilik also tries to raise a topic related to the Indonesia internet community where it is always pictured as lacking critical thinking. We can learn to use the internet wisely from Bu Tejo and her friends’ gossipy topics. So, what lessons can we learn from Bu Tejo’s gossipy words in the film “Tilik“? We have summarized 4 ways to wisely use the internet like Bu Tejo and friends.

1. Not Just a Lifestyle, Make the Most of Your Smartphone, Including to Find Information

Bu Tejo, “Hence, don’t just use smartphones for entertainment only! Use it to find information!”.

Do you still remember how Bu Tejo reacted to Yu Ning who missed the latest gossip about Dian? the dialogue contains an insinuation about generally smartphone users in Indonesia that do not take full advantage of technology. Instead of looking for information, we buy smartphones only to increase the prestige and fulfillment of our lifestyle.

Bu Tejo told her friends how important it is to find information. Even though in this case, Bu Tejo is looking for information for gossiping Dian. However, Bu Tejo’s words have a point too. If you want to be up to date, you must actively seek information. Because basically kepo (Knowing Every Particular Object) is a critical way for Indonesians to seek information.

Yu Tri, “As the internet, it is made by smart people, so it can’t be wrong”.

Bu Tejo, “It is a huge talk on Facebook, just look at the comments”.

Apart from gossiping offline, people use social media for gossiping too. Social media such as WhatsApp and Facebook are legit for gossip. That’s why we have to be more critical in absorbing information on social media. What’s more, we also need to be critical of comments on Facebook that are not clearly sourced.

Yu Ning, “But the source of the information from Bu Tejo is not clear, right? As it is sourced only from talks on Facebook and the internet ”.

4. The Correctness of Information on the Internet Must Be Verified in Layers

Yu Ning, “But, all of that is not always true, Bu Tejo, news from the internet must be checked first, don’t just swallow it”.

Searching for information on the internet must be accompanied by a layered verification process. While gossiping on the back of a non-passenger truck, Bu Tejo revealed pieces of evidence that she found related to Dian’s unfavorable moves. By hearing the evidence from Bu Tejo, the audience could not help but be almost made to believe or pissed off. However, on the other hand, Yu Ning tries to verify every piece of evidence presented by Bu Tejo.

So far, we have been bombarded with thousands of news stories with various titles that can be easily found on the internet. Some information that feels credible as it is accompanied with supporting photos and videos.

Bu Tejo, “Information from the internet is concrete, there are photos, pictures”.

We are also required to be critical in verifying the news. Is the information on the internet true or a hoax? Even though it is accompanied by photos and videos, it is still unclear because it can be edited.

Bu Tejo, “So, spreading unclear news is considered slander or not?”.

“I don’t know, ma’am”. Hopefully, this film will create a good version of Bu Tejo with high curiosity, understand gadget, and is critical in absorbing information. Thus, there will be no more cases of women fighting on the back of a truck until the police give them a ticket. 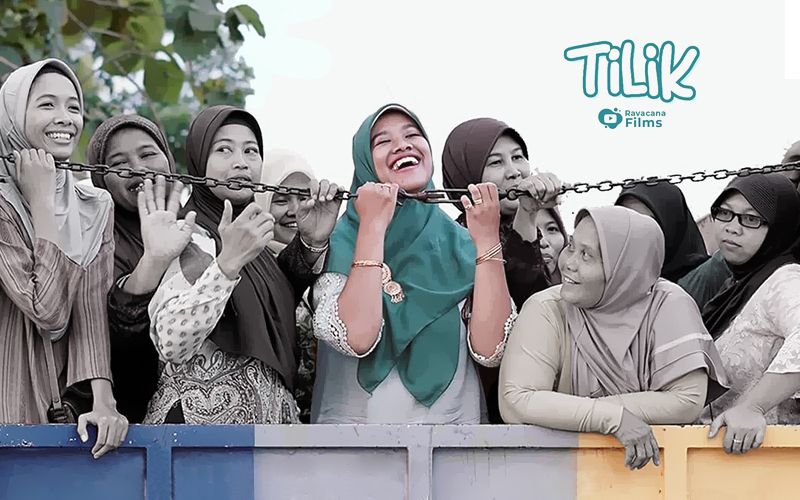