Recently, some Indonesian artists shared their swap videos using the reface app. The Reface app videos show their faces with the body of world-famous artists. The cool thing is, the swapped face on the video is smooth and neat, almost like the original.

The reface app videos become fun entertainment during the COVID19 pandemic. The artists upload their reface app videos to their Instagram accounts. For example, senior artist Tamara Bleszynski who also joined the fun with her Reface App video:

Later then, senior artist Ari Wibowo who also joined the fun, using the Doublicat application. Watch Ari exclaim when swapping his face with Cristiano Ronaldo video like the one below:

The two videos above are just an example of how developed today’s technology is. Even for entertainment needs, companies are looking a way to let people engage in their application, just like the Reface App.

Did you know that the Reface App use AI (Artificial Intelligence)?

Swapping faces in a video using AI technology to create a deep fake video is within seconds. First of all, users need to download the Reface App which is available on PlayStore (Android) and App Store (iOS).

After installing the reface app, the user has to take a selfie and save it in the application. Apart from selfies, you can also grab your selfies from the gallery, but you have to allow the application to access your files.

When facial selfies are available, all you need to do is swap faces within a click. The application provides lots of video clips to choose from. If you have made your choice of video, just one click, the face in the video has changed to your face.

Of course, this is endless fun to try in your spare time. Besides, ordinary people who want to know what it feels like to be a world artist can experience it through this deep fake video app.

Reface App was first known as Doublicat, an application developer using deep tech artificial intelligence technology to create a hyper-realistic swap face. Hence, when we swap face to a face in a video clip, it feels very realistic and smooth.

Deepfake AI is a technology used to replace faces in videos with machine learning technology known as GAN (Generative Adversarial Network). Although it seems fun and entertaining, this technology is called by criminology experts as the biggest threat to humans, more than the threat of robots.

Reface is Not Forever Entertaining App

The Reface app went viral with over 25 million downloads in over 100 countries. Apart from being entertaining, this application also causes problems. For example, Faraz Arif Ansari who found his face swapped into the body of a woman in a bikini.

Reface App itself is an application made by a Ukrainian startup, but its business is founded in the USA. This application provides 3 days free trial and then at a cost of 16 dollars to enjoy application services with more video clips.

Despite reaping controversy because it is considered legalizing a dangerous culture, such as forgery, manipulation, bullying, etc., deepfake video apps continue to be downloaded by many people. From a security standpoint, the app maker says that the app doesn’t save selfies for more than 24 hours, and doesn’t take biometric data from your face.

However, this app, which is for entertainment purposes, has already got millions of fans. So there is no harm in being careful. Your face, for example, which is now also used to unlock smartphones with biometric face recognition, should be properly guarded. Let’s be wiser in using technology! 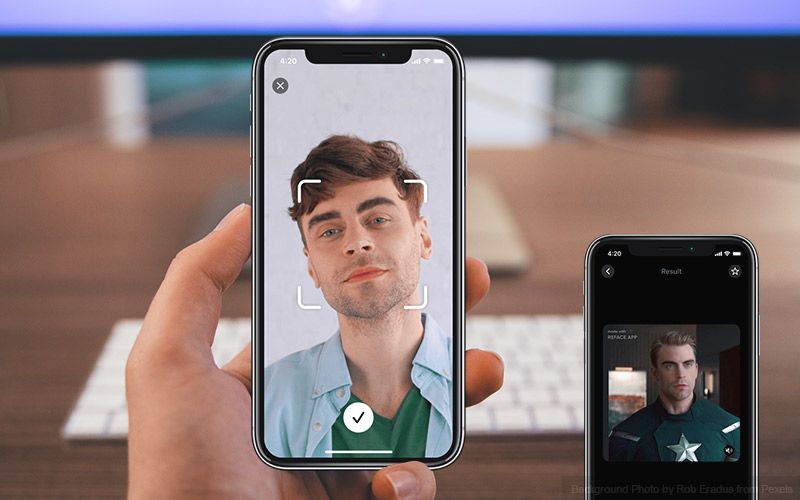