What is the use of NFC on…

NFC stands for Near Field Communication, it is a technology that allows devices to communicate with each other without physical contact. The NFC is now widely used especially in smartphones, payment cards, and smart bands.

NFC technology may be on hot discussion recently, but actually, this technology is not a new thing. Since a few years ago, smartphone manufacturers have planted NFC in limited series of smartphones, mainly for the upper-middle-class type of phone or even sometimes on flagship smartphones.

As mentioned above, NFC or Near Field Communication allows two NFC devices to communicate with each other if they are put close together.

How Does NFC Work?

NFC on an active device for example the NFC on a smartphone. NFC on the smartphone can induce an electric current in a passive device (e-toll card or e-money) for data transfer purposes.

NFC on the passive device does not require power for data transfer purposes. Therefore, we can see that the e-toll/e-money card does not equip with a battery but can still communicate with active NFC devices such as smartphones.

Thanks to NFC technology, e-toll/e-money cards are now commonly used as a means of payment for buses, entering the highway road, pay for groceries, and many more. Just one tap to complete the payment.

E-toll/e-money is a solution to contactless payment that currently being strongly advised by the officials to minimize close contact with humans and/or objects that potentially spreading coronaviruses.

In order for two devices with NFC to communicate with each other, the two devices must be close enough, it usually under 10 cm. Unlike Bluetooth, which can still reach a 10-meter distance to conduct data communication.

How Good is the NFC on a phone?

The good thing about the NFC that is above the other is the speed. In less than 10 seconds, two devices can be connected using NFC, which is faster than Bluetooth. Currently, NFC availability is limited to upper-middle-class smartphones and flagship smartphones. If NFC is widely available on smartphones, you can enjoy its functions as below:

With Samsung Pay and NFC, users can make contactless payments. Store your credit or debit card data into Samsung Pay, whenever you want to make a payment at the cashier, open the Samsung Pay app and bring the phone closer to the reader.

If you frequently use e-toll/e-money, then owning a phone with NFC will be useful. With an NFC smartphone, you don’t need to frequently go to ATMs or Indomaret and Alfamart to check and top up balances.

Some PCs nowadays even have NFC. Well, if your phone also has NFC, then you can use it to transfer from phone to PC.

Currently, there is a tool called Wi-Fi porter, which is used to directly access public Wifi without the need to enter a password. Bring closer the NFC phone onto the porter’s Wi-Fi, and voila! You are connected to wifi.

Do you send phone numbers via WhatsApp and SMS? Now, with NFC you can send a phone number just by bringing the phone close to each other!

Do you want to send photos, videos, or important documents to a friend’s phone? Now, with an NFC phone, you just have to bring the NFC phones closer to each other to be able to transfer data quickly!

There are still many other NFC functions that are not listed here. You can find it yourself, or you can try it out right away by buying an NFC phone! Good luck! 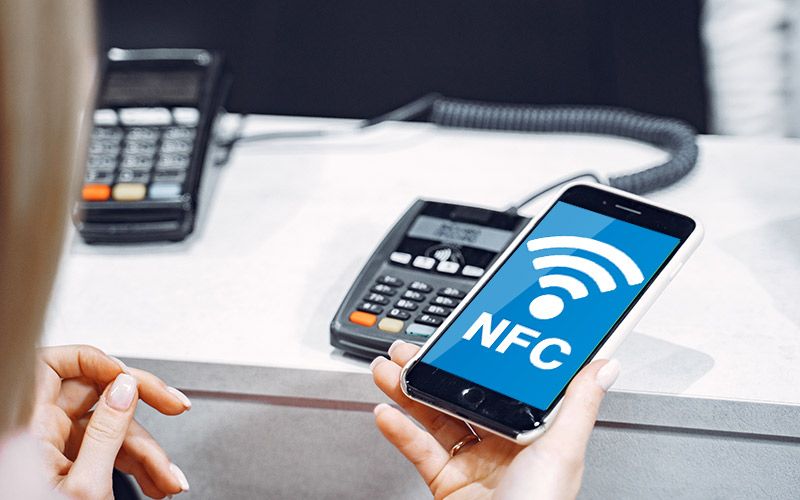