Smart City Concept and Its Examples

Jakarta, Surabaya, and Boyolali are examples of cities in Indonesia that adopted smart cities. It is no wonder that smart city is a buzzer word in recent years. What is a smart city and why is the world very excited to bring it to human real life?

The Definition of Smart City

As stated in aptika.kominfo.go.id, the smart city is the effort of the city ecosystem to overcome various issues as well as increasing the quality of life of its local people with innovative actions. The efforts cannot be separated from using informatics and communications technology to better public services, government operations, and the distribution of information.

Lastly, a smart city must also increase the quality of life of its people. However, a smart city does not merely rely on technologies, but it also emphasizes how the ecosystem can find innovative solutions to various cities’ issues.

Adopting the smart city concept must ensure to stand below six pillars in priorities, they are smart governance, smart society, smart economy, smart environment, and smart branding. With these six pillars, it is expected that cities will be able to determine the innovation to be prioritized with ease and effectiveness.

Example of Smart City in Indonesia

Indonesia is indeed facing a big challenge when it comes to bureaucratic improvisation. Therefore, bureaucracy is one of the main objectives in smart cities. Cities are starting to develop online mobile applications specified for public services so that serving the public needs can run faster and efficiently.

An example of a smart city is the e-Masyarakat app in Binjai City. With the app, people can send reports and/or complaints to the government online via mobile. The report/complaint will be received by the authorities for further follow-up.

Is there an effective way to supervise company/factory/public activities? The answer is yes, there is. Now, an IoT-based smart city is here with us, and we can see a city that is already adopting it, Surabaya.

Both apps are a small example of the many apps produced by the 100 Smart City Movement in Indonesia. Actually, the innovative solutions by the cities and regencies can be applied in businesses. Therefore, the solutions are not merely for governmental purposes.

Do you interested in adopting the smart city concept?

Most government agencies collaborate with private companies to carry out smart city projects in their cities. AsiaQuest Indonesia as an IT consulting company from Japan also had the opportunity to work on a smart city project for cities in Indonesia. We offer Japanese standard services and advanced technology such as IoT.

We also make this experience a provision to help your city to become the next smart city. SEND US your ideas, like magic, we will turn each of your ideas into reality! 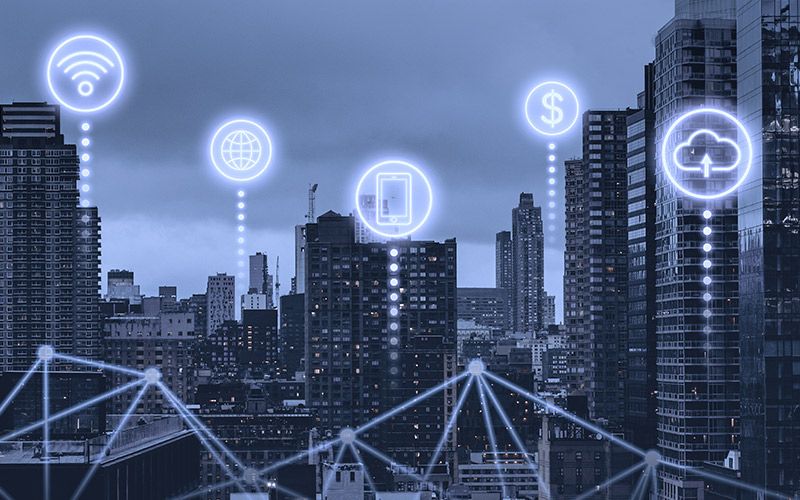