T-Model, a Shopkeeper Robot in Japan

The development of technology in Japan has reached its surprising points. Their technology is not limited to help humans in dangerous fields, but, they also develop technology (i.e. robot)  to help them in doing daily life. Recently, a famous minimarket in Japan, Family Mart, has conducted a trial for T-Model, a shopkeeper robot.

In this trial, T-Model will restock beverages on several shelves. This great achievement feels like breathing fresh air for the minimarket business in Japan. Now, the minimarket owner can cut off the need for human resources without affecting the operational. Besides that, the T-Model will certainly add productivity in business.

T-Model is Solution for the High Market Demands

All this time, Japanese minimarkets are facing dilemmas due to the high market demands. For these reasons, a lot of them tries to find a way out by seeking an effective and efficient operational system. The self-payment system is one of the solutions. The self-payment system is installed in several supermarkets in Japan, including retails like UNIQLO. The Family Mart franchise chooses another option though, a robot.

With help from Telexistence, Family Mart has been able to conduct a trial for the T-Model robot. The T-Model is controlled by a pilot. This robot operated by using the Augmented Workforce platform with a set of VR.

In this trial, a pilot sits in a chair with a distance of 8 km from the minimarket. The distance is a bit far though, but it surprisingly works fine for the T-Model. As a plus, the T-Model adopting a stylish design, even more, stylish than other Japanese robots.

If you happen to be the fans of the “Death Note”, the T-Model has a visual just like the dashing Ryuk but not scary at all. It is planned that Family Mart will use the T-Model in 20 locations until the end of 2020. If you happen to visit Japan after the pandemic, don’t be surprised when seeing a shopkeeper robot working! 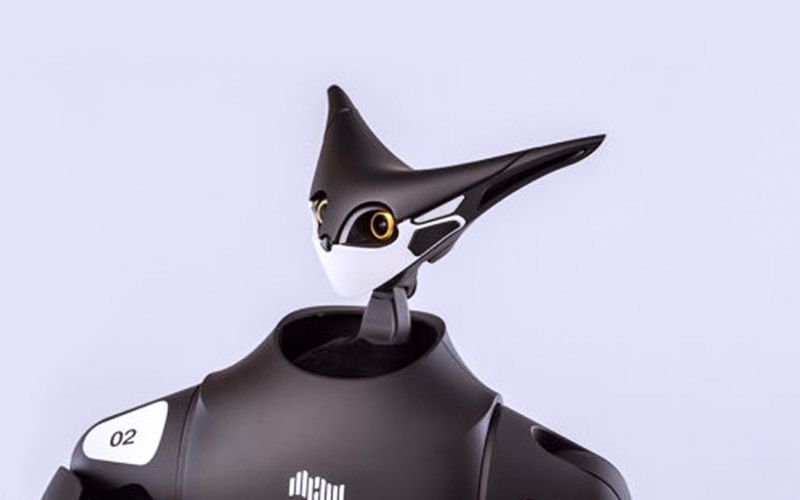