The dynamic needs of customers have pushed Modena Indonesia to take further steps by digitalizing their cooking appliances product. Business Development Vice President of PT Modena Indonesia, Novi Hariyanti, as she conveyed to Republika.co.id. Modena Indonesia used to focus on analog, but now they have switched to digitals such as IoT and other advanced technologies.

The adoption of IoT in cooking appliances is a major breakthrough. All this time, IoT has been used mostly in the electronic household. However, this time, Modena put IoT to be installed in various cooking and household products to improve the quality of life for its users.

Modena released two cookware products equipped with highly advanced technology, the MODENA Combinato BK 1721 double electric stove and the MODENA DX 9907 Cooker Hood. What are the uniqueness and excellencies of these two products?

MODENA Combinato BK 1721 has a double furnace that is uncommon, it is the use of vetroceramic and induction furnaces. Meanwhile, the MODENA DX 9907 Cooker Hood is a super-advanced exhaust and is the mainstay of the product.

The MODENA DX 9907 Cooker Hood is installed directly on the kitchen table. Usually, the exhaust is installed hanging above the stove.

Interestingly, the digitalization carried out by Modena Indonesia is not only on their cookware products. MODENA Snella ES 20SR is a Modena water heater that comes with remote control. Aside from its excellent functionality, this product is also superior in terms of design with a pleasing appearance to the eye.

With a trendy and elegant appearance, MODENA Snella ES 20SR can also be used as a complement to the interior of your bathroom. The shape resembles an air conditioning unit.

Photo by Creatv Eight on Unsplash 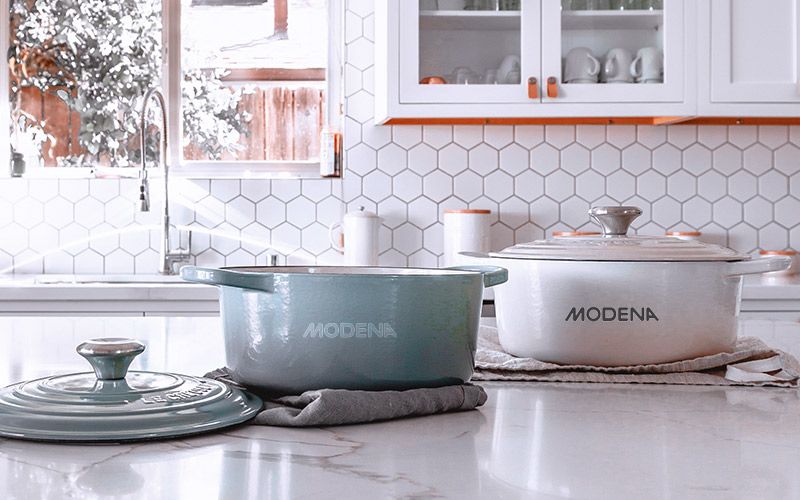