The 5 Netflix IT Movies Must Watch

While people are staying at home due to the COVID19 pandemic, watching movies on Netflix seems to be the most favorite activity. Netflix provides thousands of list of movies from various genres that are interesting to watch. However, for those who want to add some knowledge about technology and/or the IT world while having fun watching movies, we recommend the list below.

The Social Dilemma explores the rise of social media and the damages it causes, with a focus on exploitation and manipulation towards the users for financial gain through controlled capitalism and data mining.

The Social Dilemma brings us to an in-depth discussion of how social media maintains addiction, manipulation for politics, propagates conspiracy theories such as Pizzagate and flat earthers, and the effects of social media on mental health.

The production team works so hard for this movie that it became the most-watched program after release. Don’t miss out to watch The Social Dilemma because of the featured opinions from some of the best figures in IT tech and social media platforms such as Facebook, Google, and Apple.

Seeing they bring value to the movie, it is no wonder they reach a 90% rating on Rotten Tomatoes.

The upgrade is a science fiction action movie. The movie set in a world with highly advanced technology where autonomous cars have become commonplace. Gray Trace (Logan Marshall-Green) is a mechanic who doesn’t like autonomous cars.

Meanwhile, on the other hand, his wife Asha is an employee of a technology company who cannot be separated from technology in everyday life. One time, Trace and his wife Asha were attacked by a group of people. The wife died in the incident while Trace was paralyzed.

A CEO of a technology company named Eron developed a sophisticated chip called STEM with unlimited uses. Eron offers Trace to implant a STEM chip into his neck, which he thinks will make Trace into a human with unlimited abilities.

Trace, who wants to unravel the mystery of his wife’s death, agrees and starts chasing the perpetrators. The ending of the film is quite surprising so make sure you watch this film. Currently, Upgrade is still showing on Netflix.

This film is a documentary and contains notes about the Facebook – Cambridge Analytica scandal, in which both were found guilty of data mining cases from millions of Facebook users without the user’s knowledge.

This data scandal tells viewers about social media’s weapons in collecting user data and then using it for political purposes, which at that time was blamed for winning Trump’s group in the 2016 US presidential election.

This film is an original Netflix documentary that contains the thoughts of Bill Gates, the former Microsoft CEO, and Melinda Gates, his wife. This documentary trailer features footage of Bill Gates saying he doesn’t want his brain to stop working.

iBoy is a Netflix original series that focuses on Augmented Reality (AR) technology. In the future, AR technology has a very big role and the director Adam Randall invites us to imagine how mature AR technology will look in the future.

This story begins when Tom (Bill Milner), a 16-year-old teenager who wakes up from a coma and is told that a fragment of his smartphone has been planted in his brain by accident. The result is unexpected, Tom can now control technology through his mind. In addition, Tom’s brain can also visualize computer work processes in AR.

The story above is indeed fictional and even though the idea seems absurd, it is still interesting to watch. For those of you who like AR technology or are exploring this technology, try watching these films as entertainment. Who knows, you get new ideas after watching the film, right?

Photo by Charles Deluvio on Unsplash 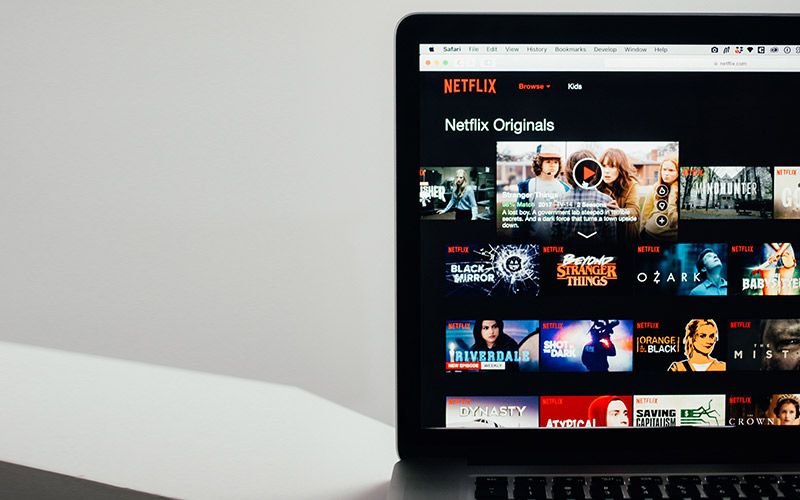