5 Popular Movies Recommended for IT Professional

Of the many movies, what are the most popular IT themed movie? Is it recommended? We breakdown the list below.

Do you want to introduce technology to children? Then “Wall-E” is the best to suit the needs. The Wall-E is an animated movie made by Walt Disney. It might be the right choice for your little one in learning about technical things. The Wall-E tells us about the journey of a cleaning service robot who is given the task to clean up the earth that was filled with trash.

Earth is no longer safe for humans, therefore humans were all have been evacuated to other planets. Humans also live a comfortable, sophisticated life on this new planet. After seeing signs of life on earth, this robot tries to convince humans to return to earth. Will they succeed in persuading humans to return to their hometowns?

“What is a baby computer called?”

This is a snippet of a romantic conversation between Theodore Twombly and an AI-based virtual assistant named Samantha. Theodore lives a monotonous and stressful life until he falls in love with Samantha. Theodore and Samantha can only communicate via chat on the smartphone. Theodore found a space to breathe. He is more excited to live his life after he finds Samantha.

However, the love story between the two is subjected to a test since they cannot meet in person. Apart from that, Samantha also hides a big secret from Theodore. For those of you who like a sci-fi themed romance movie, be sure to watch “Her”. We are sure that you will be curious about the ending!

Technology is designed to facilitate human life to live easier. However, in the wrong hands, technology can turn into a dangerous weapon! The dangers of misuse of this technology are clearly depicted in “Iron Man”.

There are times when human ambition crosses the line and leads to destruction. By watching Iron Man, you will be invited to learn about the ethics of using technology appropriately and wisely. Don’t become protagonists who obsessed with dominating the world!

In contrast to the “Iron Man”, “The Martian” teaches us about how to make the most of technology. If used properly, technology can save lives. This film tells the story of an astronaut who must survive his life when he is left alone on Mars.

While waiting for help to arrive, he is giving all his power and creativity to survive! He used technology to return to earth! If we know how to use technology, we can survive the dangerous things that we might encounter in the future.

You can learn about Strong Artificial Intelligence (AI) by watching “Ex Machina”. This film raises the issue of humans taking over God’s duties by developing Strong AI. We can learn the bad effects of developing AI with no moral considerations and eliminating God in it.

This story begins with a programmer named Caleb who won the AI robot Touring Test named Ava. The main task is to test whether the AI robot really looks like a human. Even though this film begins with smart yet inspiring dialogue, tragedies occurred. This super-intelligent AI robot tries to manipulate Caleb so she can escape from her ‘cage’’.

After seeing Ex Machina, you will understand why the development of Strong AI needs to be reconsidered. Because Strong AI operates according to the implanted program and knows no consequences. Therefore, technology will move according to the purpose of its maker. Like Ava, who is designed as an AI robot who wants to escape from her cage. She uses artificial intelligence implanted in her and justifies any means to achieve her goals.

Those are 5 recommendations for the most popular IT themed movie. After you finish watching “Iron Man”, make sure to also watch other IT themed movie because they are good. Thus, you can learn to develop technology wisely in the future. 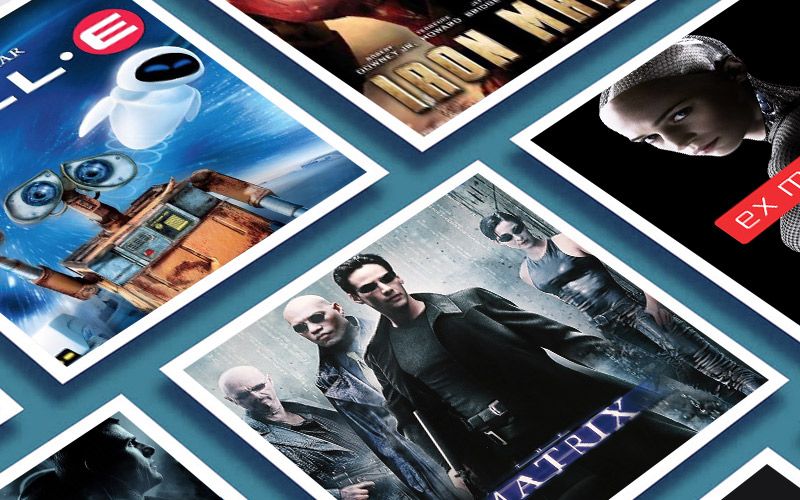