So far, the world knows the two biggest operating systems, the Windows OS and macOS. But have you ever know that the world’s largest search engine, Google, has long launched its operating system, ChromeOS.

What is ChromeOS and how does it perform, let’s take a closer look at it through the facts they provide.

1. ChromeOS is an Open Source

Unlike ordinary OS which usually takes time to boot, ChromeOS only takes a few seconds. All these thanks to a very simple and lightweight system so booting up doesn’t take long.

Some even say booting speed in ChromeOS is just like when we turn on the TV.

ChromeOS is open-source so it’s free to use. ChromeOS is designed for simple uses such as browsing and running Android applications, therefore it does not require expensive paid applications.

ChromeOS is designed to be cloud-based. You can enjoy all Google products and Cloud services such as Google Docs, Google Drive, Sheets, Google Photos. This means, to access all data on the Google Cloud, you must be connected to the internet.

ChromeOS requires special hardware called Chromebook. Chromebooks are usually very light in weight because they don’t need high specs due to the simplicity of ChromeOS itself.

Chromebook devices generally have a long battery life because ChromeOS is very simple and does not require much power.

If you look at the features offered, can ChromeOS be a competitor to Windows OS and macOS?. The answer depends on your own needs. As mentioned above, ChromeOS is like a Chrome browser, so basically, you run all applications when connected to the internet.

For those without an internet connection, or your job requires the use of sophisticated applications such as Photoshop, Adobe Premiere, etc. then ChromeOS is not the answer. But if your daily work is on the internet, or if you need to access data seamlessly via laptop or cellphone, then ChromeOS can be the answer. 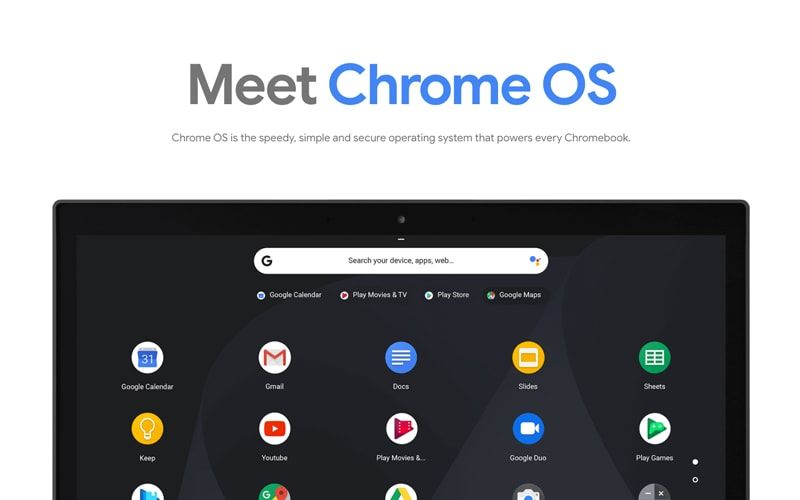