Fact Check The Among Us Game

Recently, the Among Us game went viral on the internet. This game is successful to steal the attention of the internet society with its uniqueness. So, how unique the Among Us is? Let’s check on its facts below:

2. Among Us the Slander Game

We had much seen the memes about Among Us game, it is illustrated that this game is about slandering others. However, the game was intended to teach people to always be careful even with a friend.

In the game Among Us, a crewmate with the same vision and mission can actually be an impersonate villain or called an impostor.

the rule play is simple that it went viral all over the internet world. besides that, the game is entertaining to be played in a team with friends or family with its unique game characteristics, slandering.

Aside from being entertaining when played as a team, the characters they used in Among Us also unique. They use colorful oval shape characters combined with various accessories such as hats, etc.

The game Among us is recently going viral on Twitter. As an effect, the download rate is soared to 18,4 million downloads in August 2020 or equal to 661 percent of growth.

In September 2020, the game Among Us is downloaded as much as 86,6 million times on mobile platforms. The pandemic indeed has an influence on the game’s sudden popularity.

Pandemic has push people to stay at home and find entertainment such as games. Thus, in 2020, we have many games that went viral.

It is easy to play the game. As it is a team game, you better ask friends and family to join in a maximum of 10 persons. The setting game is on an airplane.

From these 10 persons, the system will decide randomly on whoever is the crewmate and who is the impostor. There are 3 impostors at maximum and the rest are crewmates. Their roles will be kept secret.

Crewmates hold the mission to fix and protect the airplane from any damage caused by the impostors.

Crewmates must always be ready and aware of anybody as there is the possibility that he/she is facing an impostor. Impostors are dangerous because they can kill crewmates and kick them out of the game.

And then, all of the game participants can set voting to decides whoever is suspected to be the impostors. Players who get the biggest vote, be it a crewmate or impostor, will be kicked from the plane.

This simple game is indeed more fun when it is played together with friends and family. It is no wonder that Among Us went viral during the pandemic where they search for amusing activities to kill the times while in quarantine.

If you decide to join the fun in Among Us game, don’t forget to ask your friends and family too. We think this game will be very helpful for everyone who is in quarantine at home, as well as helps the government to reduce the spread of coronavirus. 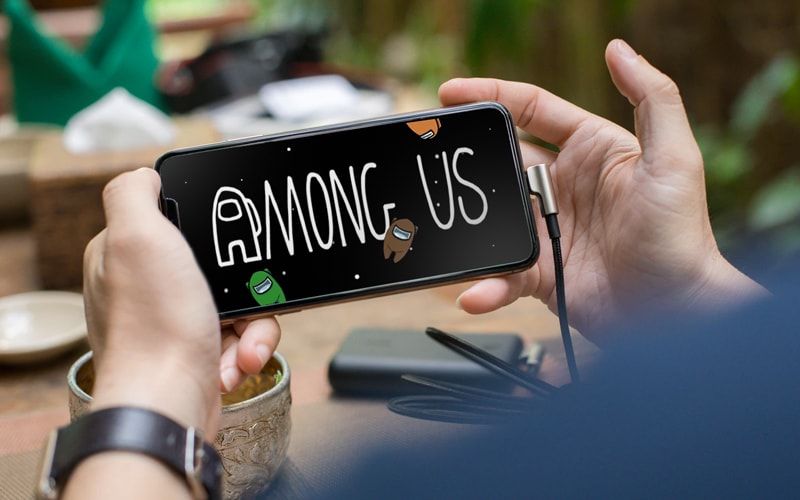 among us
Browse by Category
DX News
Tags