The city of Usa in Oita Prefecture, Japan is the only natural habitat for the Japanese Giant Salamander. This species was found dead in the irrigation canal of the Innaimachi district, Usa-shi, Oita, in 2018.

The Japanese giant salamander is said to be a cultural asset, therefore, it is important. The local officials were then created a 3D (three-dimensional) view of the species, to then be shown to the public.

The creation of 3D models of the Japanese giant Salamander is a project of the local government of the city of Usa (Usa-shi). Now, the 3D modeling project has been completed and the public can see the results on its official website.

3D Modeling to Show All Corners of the Salamander’s Body

The Japanese giant salamander, as a cultural asset, can now be seen clearly on all sides of its body through 3D modeling. Viewers can also see the skeleton and internal organs of the species because they are made in a transparent 3D model.

The 3D modeling project was carried out by a Japanese technology company based in Yokohama, JMC Corp. This project is an ‘order’ from the local government of Usa city in Oita Prefecture. Meanwhile, the 3D modeling is based on a 73-centimeter specimen of a Japanese giant salamander that has been preserved in a freezer.

The 3D modeling process of this rare species uses a computed tomography-based scanner (CT scanner), which then scans the specimen with X-rays to get a visual of the internal structure of the salamander, which is then reproduced graphically.

The results of the 3D modeling show the external appearance of the salamander, the skeleton, and the tomographic images of the internal structure.

The Yakkangawa River in the Innaimachi district of Usa City is a habitat for this rare species of salamander. Since 2000, the city government has microchipped these species for protection purposes (to this date there are 420 microchipped giant salamanders).

The Japanese government recommends a 3D model of the Japanese giant Salamander to be used as a teaching aid. With this 3D model, people can know that this salamander keeps objects that have not been digested, such as crustacean claws and frog bones. The model also showed that the salamander had a fracture in the mandible.

According to local officials, the Japanese giant salamander and other large amphibians are difficult to dissect and make into specimens. Thus, it is impossible to know in detail about the structure of the skeleton and other features.

However, all these difficulties are resolved by 3D modeling. Later this 3D model can be used for research, teaching salamander ecology to elementary school students, fostering public interest in protecting the environment, especially rivers as the natural habitat of salamanders. 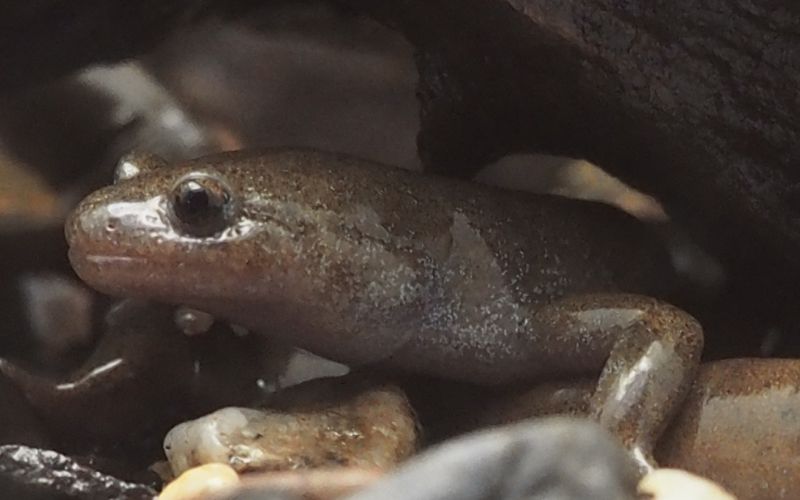